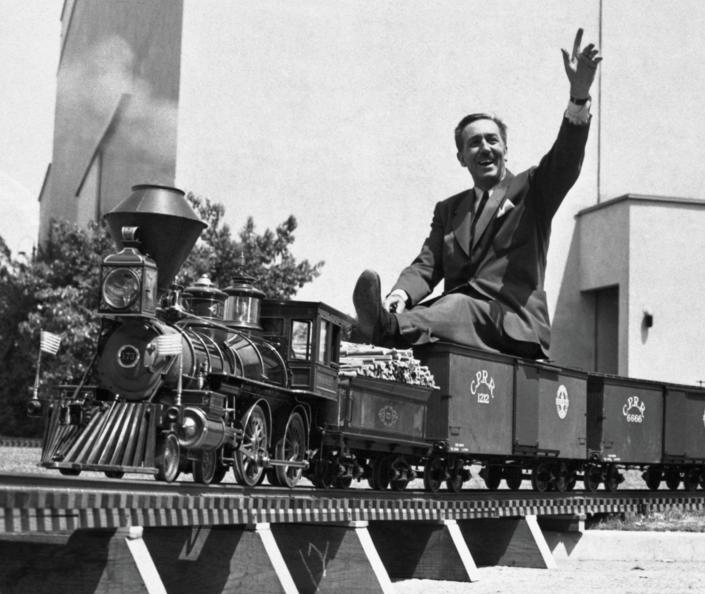 Without a doubt, Disney was a big influence on me as a kid. Â Even in college I was interested to knew more about the man. Â I discoveredÂ that early in his career, he created a very popular short cartoon called “The Three Little Pigs”. Â Someone from the press asked Disney if he’d make another three little pig cartoon since hisÂ first one was so successful. Â His reply was, “You can’t top pigs with pigs”. That’s stuck with me ever since, because I like the idea that Disney was wanting toÂ grow as an artist and not be content to rest on his laurels. Â He always wanted new stories with new challenges. Â For that I still admire him.

Sure, later I discovered Walt Disney wasn’t the most lovableÂ boss. Â ButÂ “Uncle Walt”Â sure had a cool train set.

This site uses Akismet to reduce spam. Learn how your comment data is processed.

Theme by Anders Noren — Up ↑